St Mark summarises Christ’s presentation of himself to the people. It began with the parable of the kingdom, then the miracle stories and all of it to show us that in Christ all power in Heaven and earth has been settled by the Father. Power enough, more than enough, to bring about the coming of the kingdom, make it real.

Scattered throughout all of this, there are descriptions as well of the response of the people, and hardly surprising, a wide range of response. There is amazement, there is doubt, there is awe, there is fear, there is ridicule and occasionally, there is faith.

So, in all of this a rather strange image begins to emerge. The one who makes that magnificent promise, the promise of a new creation, a new kingdom, the one who claims and exercises all power over that creation, presents himself as very much an ordinary person, an ordinary person who asks of us in response pretty much what any other ordinary person asks of us: Our trust, our acceptance, our affection, our patience, our fidelity. It is that, the Gospel teaches, that will bring the promise of the kingdom to full fruit and unleash the re-creative power of Christ in the lives of his people.

The problem with all of that, as we so often see it, is that it just doesn’t seem very God-like. No one who claims what Christ claims should be quite that ordinary, quite that human ……

To the people pictured in this Gospel reading, Christ was probably especially ordinary. They had watched him grow up, they knew his family. They had known him as a little child. They had watched him wrestle with the idea of his own mission, grow restless in his father’s carpenter shop, and finally pick up and leave home, following his own design. Fairly ordinary stuff, the stuff of human experience. Nothing very messianic, divine about this guy.

And so we are told they rejected Him.

And yet it is precisely there, in the exercise of all the virtues of ordinary human relationships, in trust, in acceptance, in affection, in patience, in fidelity, that we too will experience the building of the kingdom, the power of Christ.

There is in this truth a real consolation for us, a sense of purpose. Because no matter how the circumstances of my life may seem, if I am living them well, then what is really going on is Christ’s own mission, his own life. And through my ordinary virtue, the world is being remade. 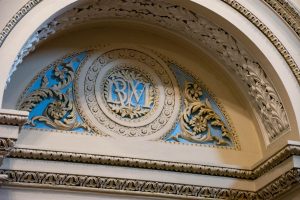