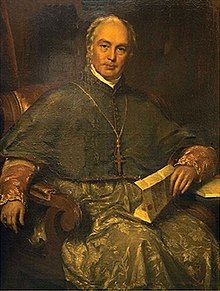 The story of Rathmines Parish began when Archbishop Daniel Murray (pictured © Irish Jesuits) officially constituted the parish on the 12th of December 1823.

The districts of Rathmines and Rathgar had hitherto formed a section of Parish of St. Nicholas Without, Francis Street. In fact Fr. Stafford’s appointment predated the church and his early Masses as parish priest were celebrated in his own home. He was assisted by a single curate, Fr. Barry. The issue of where the parish church should be constructed was crucial.

A memorial tablet to Canon Stafford stands in the parish church today. It reads:

Of your charity pray for the eternal repose of the Very Reverend William Stafford, Canon of St Patrick’s Dublin who was born A.D. 1768 at Baldwinstown Castle, Co. of Wexford. Studied for the sacred ministry at the University of Louvain and afterwards at the R.C. College of Maynooth, raised to the priesthood in 1795, he was appointed curate of Saint Nicholas Without, and subsequently in 1823, was promoted to take charge as its first Parish Priest of the newly erected parish of S.S. Mary and Peter Rathmines.
In both which important stations having displayed through a long and laborious career all the characteristics of a pious vigilant and edifying pastor of souls, He was called to his reward November 2nd, 1848, in the 81st year of his age.
Requiescat In Pace. 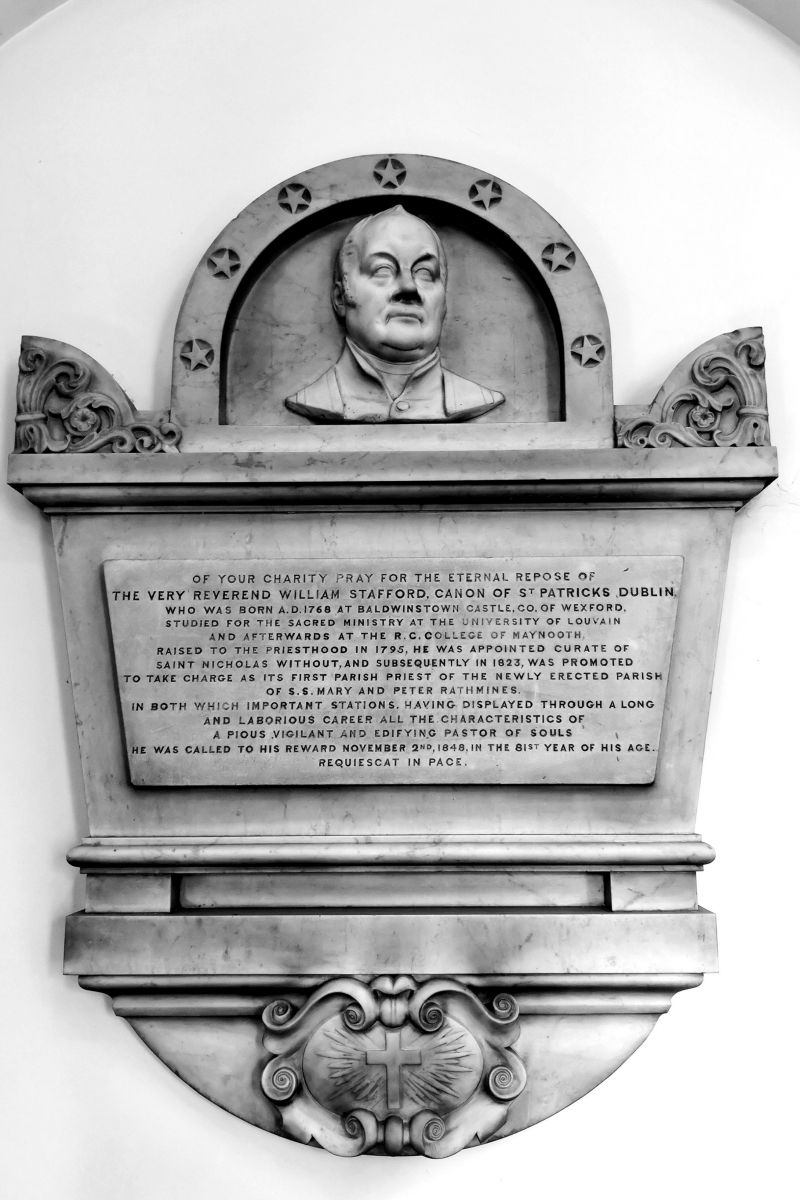