In 1878 Fr. Meagher began his last work, the erection of the magnificent portico, with its four massive columns and their carved Corinthian capitals surmounted by a beautiful pediment. The portico, except for the wings, was completed in 1881, the twenty fifth anniversary of the church. The statue ‘Our Lady of Refuge’ was taken from the central niche of the façade and raised to the eminent position it now occupies on the apex of the pediment. This statue, a work by James Farrell, had been shown at an exhibition in Dublin in 1853 and purchased by Fr. Collier, a curate in the parish. The statues of Saint Patrick and Saint Laurence O’Toole were then placed at the extremities of the portico.

The portico was erected from Portland stone. The contract was given to local builders Meade and Son under the direction of Architects O’Neill and Byrne- also parishioners.

The letters D O M written in gold on the façade stand for the Latin words ‘Deo Optimo Maximo’ and underneath are the words ‘Sub Innov. Mariae – Immaculatae Refugi Peccatorum’. – ‘Dedicated to God the Most High under the invocation of Mary Immaculate, Refuge of Sinners’.

One of the unusual features of the church was that the floor was three feet below the street level but the exterior promenade afforded a vantage point for viewing processions and other functions. There were also a number of paintings adorning the walls of the Church. Fr. Meagher, by then a monsignor, died in 1881 and was succeeded in January 1882 by Canon Mark Fricker.

Shortly afterwards the district of Rathgar was detached to constitute a separate parish. 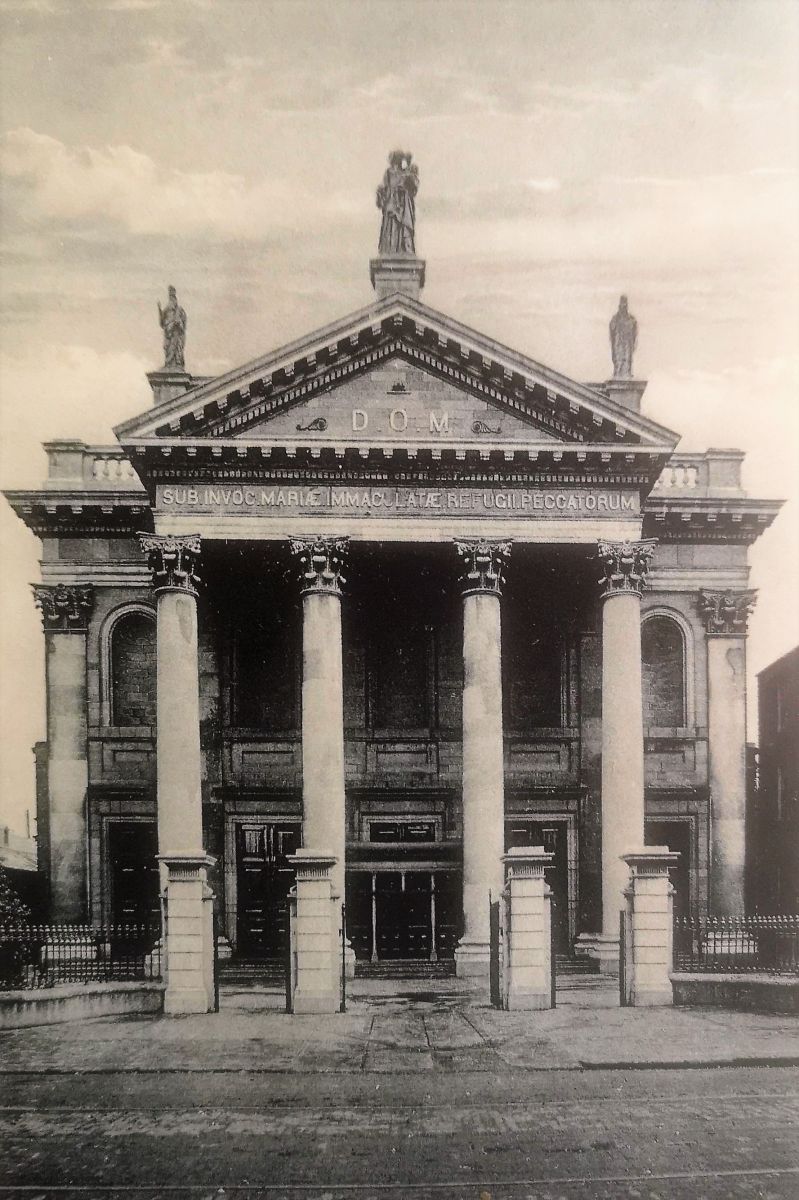