The fire spread quickly along the electricity wires and Canon Fricker was forced to stand and watch helplessly as the church was devoured by flames. At 9am the dome collapsed, crashing to the ground with a sound that was heard for miles around. Only the shrine of Our Lady of Perpetual Succour and the sacristy escaped damage. Despite the flames, the curate, Fr. O’Loughlin succeeded in removing the Blessed Sacrament from the tabernacle. A local fireman, Jeremiah Lawlor, of the Rathmines Fire Station sustained a fractured rib as he attempted to contain the fire. As news of the fire spread, Archbishop Walsh and Alderman William T. Cosgrave of Dublin Corporation called during the day to offer sympathy to the parish priest. 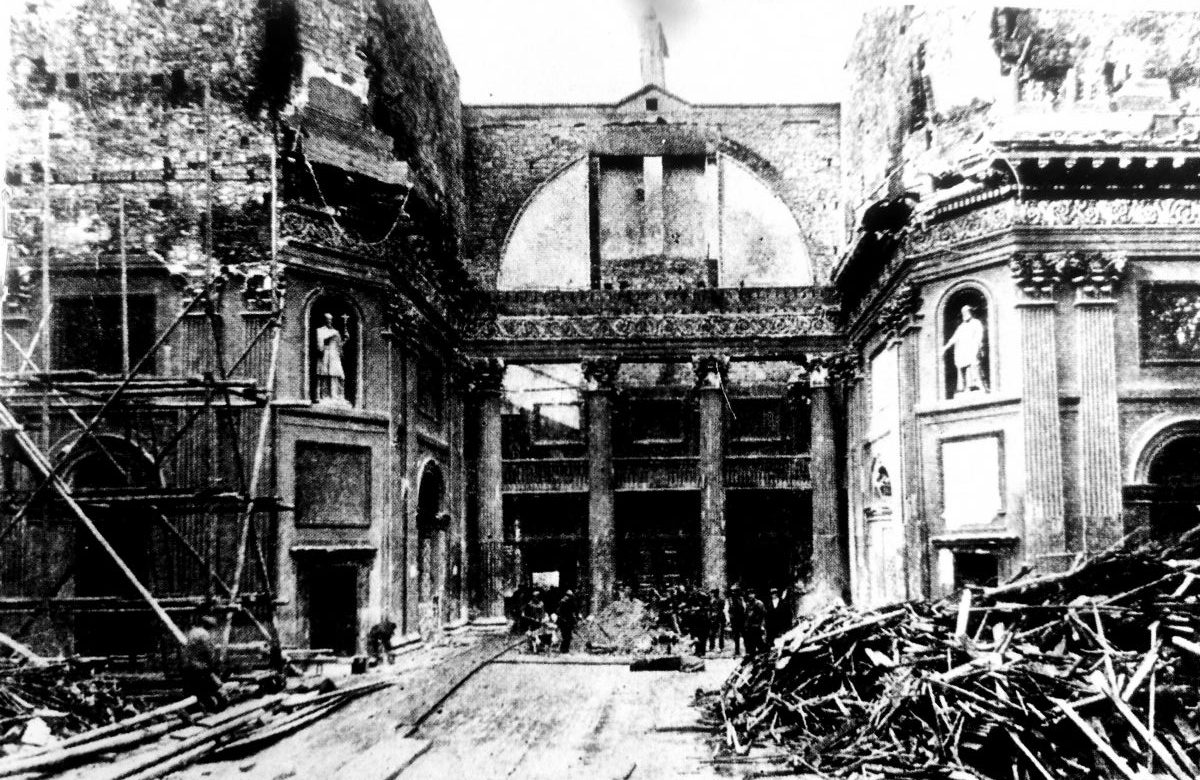 Image – Interior of the Church following the fire.