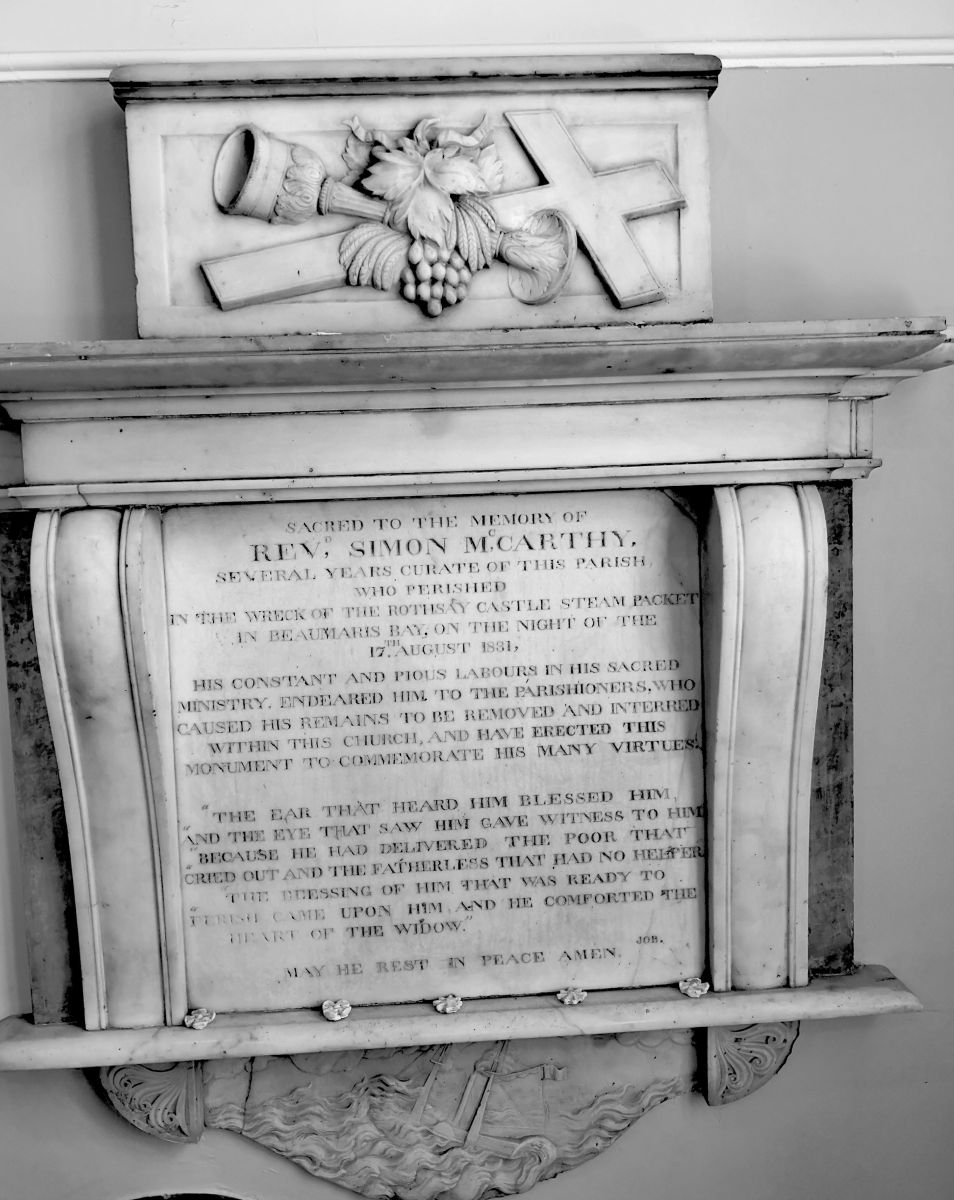 On the night of 17th of August 1831 Fr. Simon McCarthy, a curate in Rathmines parish since 1826, died in the wreck of the Rothsay Castle Steam Packet in Beaumaris Bay.

A memorial tablet to his memory in the Parish Church reads:

His constant and pious labours in his sacred ministry endeared him to the parishioners who caused his remains to be removed and interred within this church and have erected this monument to commemorate his many virtues.

“The ear that heard him blessed him, and the eye that saw him gave witness to him, because he had delievered the poor that cried out and the fatherless that had no helper. The blessing of him that was ready to perish came upon him and he comforted the heart of the widow” – Job 20:11-13

He was replaced in 1831 by Fr Peter Richard Kendrick who later left for the American missions where he later became Archbishop of St Louis, Missouri.